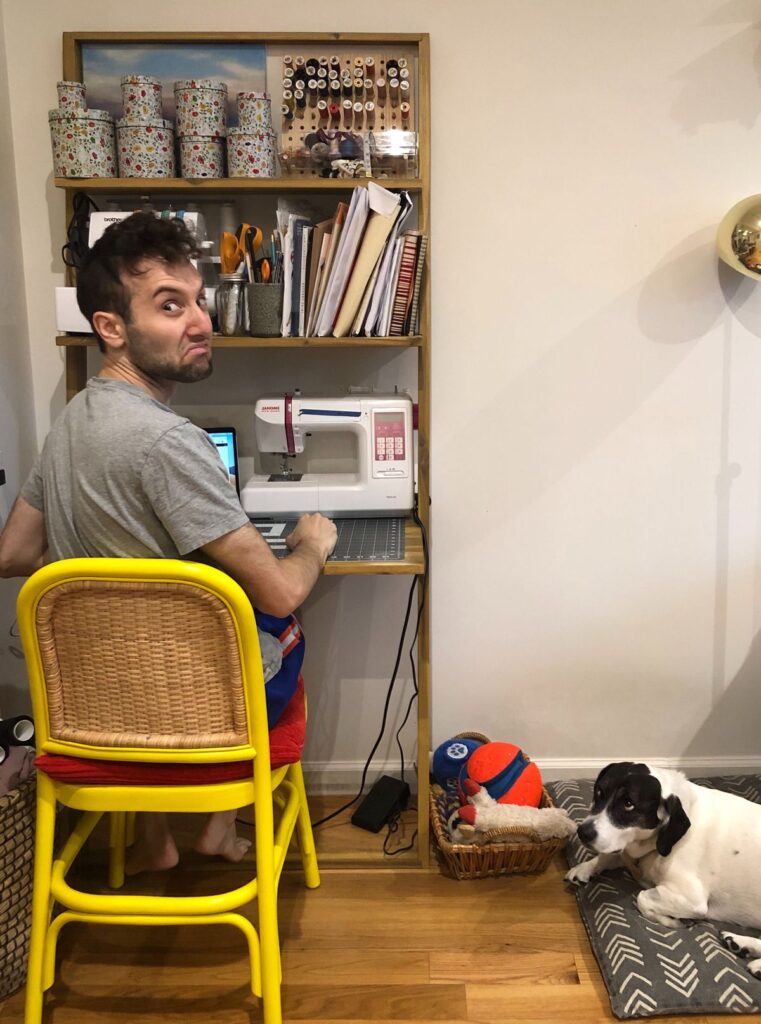 How to run a video team from home – SB Nation

We get a lot of questions about how we set things up in our videos, and now that we have a website we have a good place to answer them. So every week we’ll show you one of the tricks or techniques we use to construct our series. And if you have questions, leave ‘em in the comments.

According to a quick scan of my email inbox, it was Wednesday, March 11. Jon Bois and I were sitting near each other in the Vox Media office in downtown New York. It was near the end of the day, and most of the office had emptied. I was busy loading up a hard drive full of shared graphics assets and other essentials I thought I’d need to work from home for the foreseeable future. Jon was doing whatever Jon does; I find it best not to ask a magician how they put their tricks together. I just enjoy the show whenever it happens to happen.

“Scary stuff,” I said. We had been talking about why I was furiously cramming a few years worth of work onto a hard drive at the last minute, as Covid-19 stalked closer to our doorstep. “Yeah,” he said. “Scary stuff.”

I haven’t seen him or anybody else I work with since outside of Zoom. (By the way, congrats to them and all the gobs of money they’ve made over the last six months! I cannot wait to never use your service again.)

Everyone’s work lives have been disrupted by this pandemic, and I don’t mean to presume that our team is unique in that regard. But we also exist in this sort of strange space in the world of production. We don’t produce large-scale content, like some of our colleagues who create programming for Netflix or Hulu, so we don’t get nor would we need the higher-end workflow support that those teams do.

On the other hand, creating any sort of high-quality video content at the rate that we produce it still requires a significant amount of coordination through all stages of ideation, production and publication, and so we’ve had to work hard to adapt to *~OuR nEw NoRmAL~* to continue bringing you the Secret Base content you CRAVE.

After the launch of Secret Base, our team was able to take a collective breath and look back at how the hell exactly we were able to keep bringing you new videos every week without skipping a step. If you’re interested, we thought we’d share some of that process with you.

In the Before Times, we were fortunate enough to have access to a wide variety of equipment and production space in our Vox Media office in New York, facilitated by the extremely wonderful and helpful people on the company’s Media Production Technology team. You’ve likely spotted this in our videos: several voice-over booths that we use to shoot Beef History and record the narration for all of our videos, as well as a fully decked-out studio space in which we shoot all of our on-camera talent segments, from Rewinder and Collapse to Weird Rules/That’s Weird and Untitled. There’s also the behind-the-scenes goodies that help us deliver these videos to you fresh every week, like a line of well-maintained Canon cameras and audio equipment, an endless supply of SD cards and a giant shared-data server that all of our computers are connected to so that multiple directors and editors can work together on a project and share resources with one another.

Out of all of those things, I think the server is one I miss the most. Coordinating, synchronizing and maintaining project files, shared assets and large chunks of video and audio has been the most challenging aspect of working from home for us. What used to be a simple drop off into the server has now turned into a Kafkaesque nightmare of dropping files into Slack, which get downloaded onto our local drives until the project is completed, at which point they get zipped back up and archived. To alleviate this, the Media Production Technology team stepped up once again to provide us with this fancy data transfer service called Media Shuttle which, as the name would suggest, allows us to easily and quickly shuttle media to and from the server in New York.

In terms of actual production, we realized pretty quickly that we’d have to take our luxurious studio-based workflow and break it down so that we could quickly replicate it as best we could from our bedrooms and home offices without sacrificing quality, which took a little ingenuity. The first casualty, which you may have noticed, was the on-camera appearance of our Writer/Producers from every series except for That’s Weird, which we record via Zoom. Although longtime YouTubers have figured out how to turn their living spaces into legitimate studios, we determined that foregoing that element of our videos, at least for now, allowed us to keep producing at our usual rate without having to pause for ordering and setting up that equipment in our already cramped spaces. We do hope you get to see our very attractive faces again soon, but for now, you’ll have to settle for the dulcet tones of our voices gently guiding you through our videos.

To that end, we’ve had to come up with some creative setups to get high quality voiceover in spaces that are not even a little bit built for that. It turns out the trick is heavy blankets.