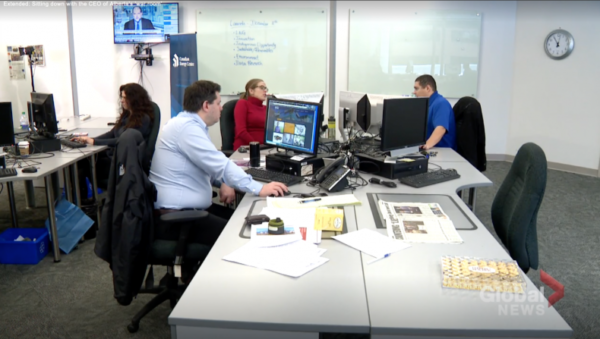 How long Jason Kenney’s War Room can survive its penchant for humiliating own-goals is the question of the day. It might be a matter of hours.

On Wednesday morning, the Canadian Energy Centre’s Twitter account responded to an in-depth New York Times report on oilsands divestment with a series of juvenile insults and a gratuitous accusation of anti-Semitism. All of which were deleted and walked back shortly thereafter.

But the real question should be this: where is the $30 million a year really going?

Spread over four years, $120 million is a hell of a lot of money.

What people are reading

The centre shows no sign of being the communications powerhouse capable of transforming Alberta’s image around the world. With bargain-basement identity and branding; a bland, off-the-rack website; and a calamitous social media presence, the Canadian Energy Centre looks more like it’s funded by bake sales and bingo nights.

At 1,500 square feet, apparently unrenovated and furnished with no-frills bare essentials, the office is small. Annual rent couldn’t amount to much more than $30,000, if that. Apart from Olsen and his executive assistant, the website boasts a staff of four.

It’s hard to see a budget that even touches five per cent of the $30-million allocation. Where’s the rest of the money going?

There’s got to be more to this picture — much more.

Is there another, “real” war room somewhere? Is there a major PR and marketing operation planned that we haven’t seen yet, with expensive ad production and media buys on major networks who are covering energy from their news divisions? Will there be sponsored content produced for, let’s say, Postmedia outlets?

Is there a finely targeted social media strategy that nobody’s seen yet?

Or will tax dollars end up being used for partisan advantage or rewarding friends of the government?

Of course, none of this information is available through conventional freedom-of-information channels, as the operations of the centre are purposely insulated from routine disclosure. Given the austere contours of the Canadian Energy Centre’s public profile, it’s mysterious why so much trouble was taken to obscure its financial operations and material communications.

This is not adding up.

Perhaps it’s time for ministers Sonya Savage, Doug Schweitzer and Jason Nixon, all energy centre board directors, to come clean about what’s going on inside that operation.

Don’t miss out on the latest news