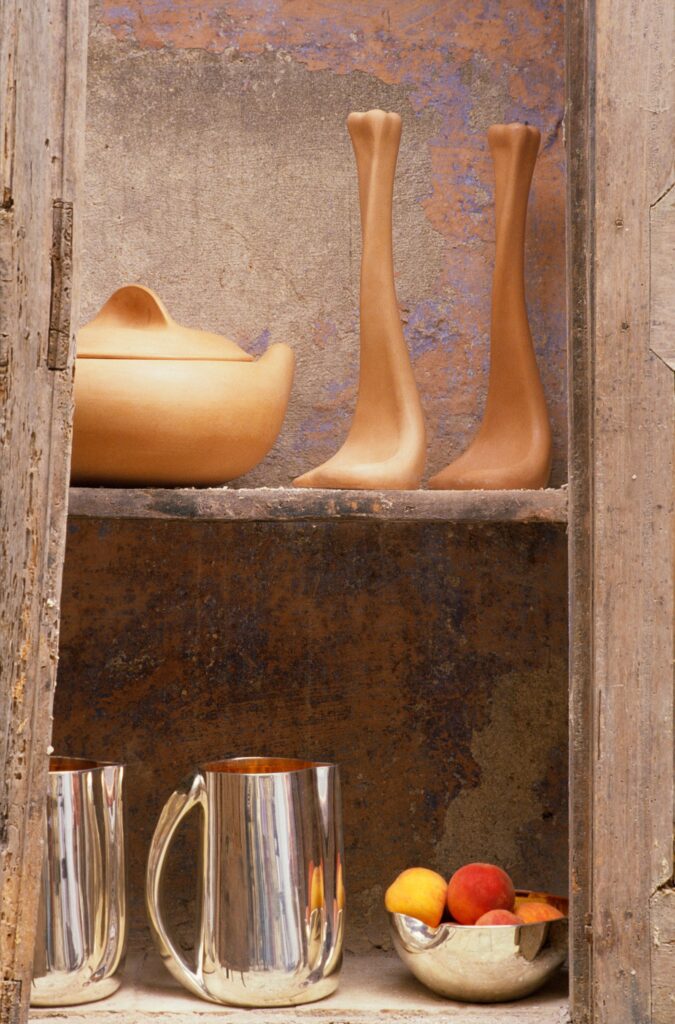 Look Back at Elsa Peretti’s Most Influential Designs – Architectural Digest

The Bean. The Bone. The Thumbprint. The Teardrop. Elsa Peretti’s iconic designs for Tiffany & Co. flouted conventions of ornamentation and reinvented everyday sterling silver for chic cosmopolitans worldwide. Today, as the brand celebrates her 80th birthday, Peretti’s creations remain as bold and desirable as ever.

An Italian beauty who studied interior design in Rome and worked for an architect in Milan before running away to New York, Peretti has always been an exercise in contrasts. Her career began with a bang. In 1969, a sterling-silver bud vase that she fashioned after a flea-market find and irreverently strung on a leather cord appeared on a model in fashion designer Giorgio di Sant’Angelo’s runway show. Five years later, Peretti landed at Tiffany & Co., designing jewelry and eventually home accessories. Equally influential have been her own homes—from the minimalist Manhattan penthouse that she took over from her friend Halston to her Mongiardino-decorated apartment in Rome and her current manor in Catalonia.

Her partnership with Tiffany remains among the most successful in the brand’s history. (New colorways of her Bone cuff were introduced this year.) And archival pieces, particularly out-of-production terra-cotta works, remain coveted finds for discerning tastemakers. Fashion stylist Kate Young, whose clients include Margot Robbie and Selena Gomez, has proudly collected a dozen Bone candlesticks, along with Thumbprint bowls and glasses. “It’s high-design glamour mixed with something earthy,” she says. “Terra-cotta is essentially mud, but the scale and the way it’s sculpted are so refined.” AD100 decorator Miles Redd, meanwhile, has stocked a client’s home with Peretti’s Padova sterling-silver flatware. “There is an edited and organic simplicity to her designs,” he notes. “They just endure the test of time.” tiffany.com