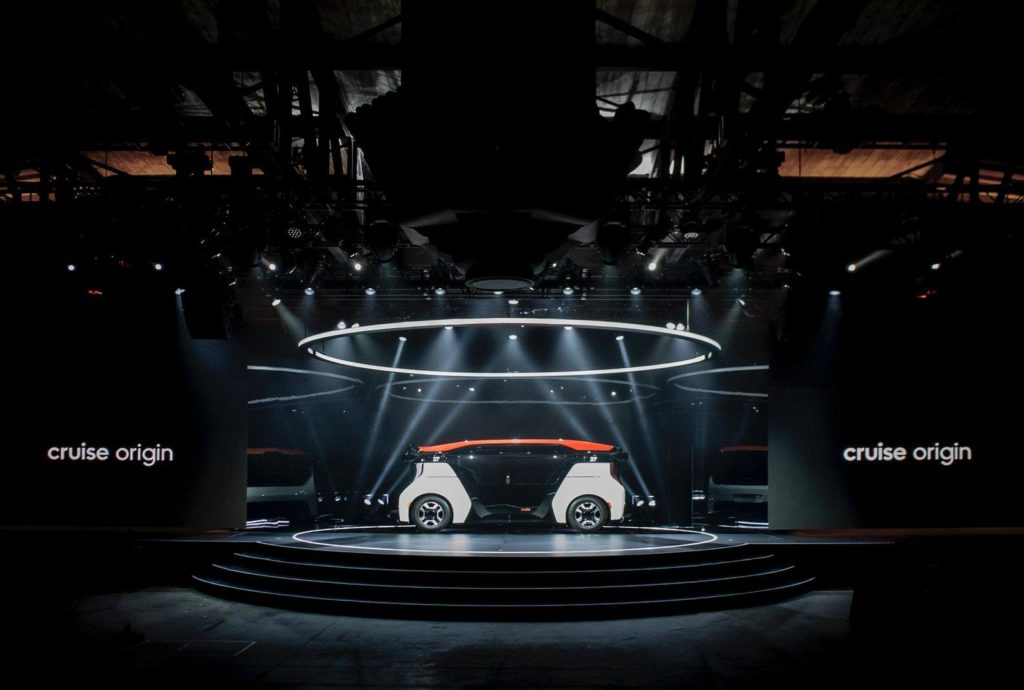 General Motors announced its intention to break up with the car on Tuesday (Jan 21). The CEO of GM’s subsidiary Cruise, Dan Ammann, who helped lead GM out of bankruptcy in 2010, laid out an urban future that abandons gasoline, drivers, or even the need to own a vehicle.

Hundreds of people gathered at a former Honda dealership in San Francisco to see a glimpse of this post-car future: an orange and white rectangle without a steering wheel or combustion engine.

“It’s not an improvement on the car. It’s completely different,” Ammann said at a launch reminiscent of Tesla’s product announcements. “It’s not a product you buy. It’s an experience “

The Origin is Cruise’s first attempt at building a self-driving car (or “experience”) entirely from the ground up. The automaker has dropped the baggage of a century of internal combustion engines and human drivers. Instead, it says, it optimized for comfort and safety. No one will own an Origin. It will be an electric, self-driving taxi—competition for Uber, Lyft, and Google’s Waymo—that is owned and operated entirely by GM (and Honda, which co-invested in Cruise).

The vehicle looks more like it was built in Silicon Valley than Detroit. Doors glide sideways at the press of a button. Screens display riders’ destinations. Honda designed a roomy interior that seats six passengers, with a minimalist color scheme and recessed lighting that give it a formal feel. On the exterior, two sets of cameras combined with rotating radar and LIDAR sensors constantly scan the area around the vehicle.

Despite the Origin’s presence on stage, Cruise’s presentation was short on specifics. When would the Cruise Origin hit the streets? “Soon,” said Cruise co-founder Kyle Vogt. How close was Cruise to delivering the “superhuman” safety performance it promised? “Close,” he added. While reporters and VIPs were allowed to look (but not touch) the new model, Cruise didn’t demonstrate what it presented as a production vehicle. Cruise’s team of nearly a thousand people, executives emphasized several times, would need to get back to work on it the next day.

GM bought a majority stake in Cruise in 2016, betting on an autonomous future. Since then, Cruise has been driving its fleet of semi-autonomous electric Bolts around San Francisco day and night. They’re gathering data on what it will take to replace people with software safer than humans. Last year, Ammann said, Cruise’s Bolts logged more than 1 million miles along San Francisco’s twisting 7 mile-by-7-mile grid of roads.

After some delays, Vogt said Cruise was on track to outperform safety standards. But the industry has taken far longer than predicted to put a true self-driving vehicle on the streets. In 2016, Tesla CEO Elon Musk promised drivers a “hands-free” driving experience from New York to Los Angeles the next year (we’re still waiting). Lyft co-founder John Zimmer predicted private car ownership would be phased out in major US cities as early as 2021 (unlikely), and Google’s Waymo has only opened up its driverless taxi service to select customers. Even Cruise hasn’t yet secured regulatory approval for its new vehicle, Vogt said, although it’s in “active discussions” with the US Department of Transportation.

Even if this future is delayed, it is happening. The world’s major cities are evicting fossil fuel vehicles for their health and environmental costs. Nine countries now intend to ban or restrict internal combustion engines, and low-emissions zones are now in place across Europe. Self-driving technology, while harder than expected, is advancing quickly.

Cruise has made a big promise on that future with the Origin. Now it just needs to deliver it.