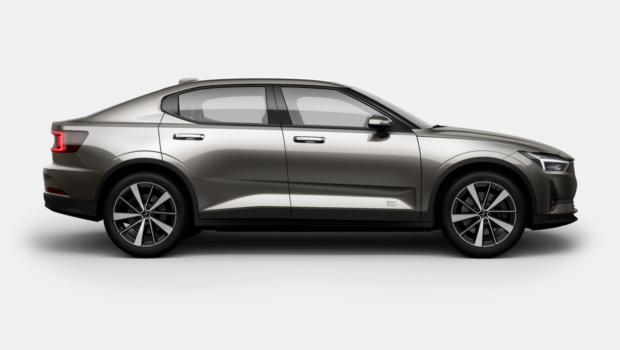 Continuing our series of end-of-month news roundups, below are seven electric car and electric SUV stories that no authors picked up but still seem worth mentioning.

1. Polestar is now taking orders for the Polestar 2. “At introduction, the Polestar 2 will feature a 300 kW long-range dual motor with a 78 kWh battery pack (in 27 modules). Torque is 487 ft-lb (660 N·m), and the target range is 275 miles.” Many have considered the Polestar 2 to be one of the top Tesla Model 3 competitors, but that’s hard to assume when the starting price is $59,900. Here’s the configurator if you want to order a Polestar 2 or at least look at more details. In the US, the only dealers selling the Polestar 2 are in Los Angeles, San Jose, Manhattan, and Marin — three California cities and NYC.

2. Buick announced that it will launch the VELITE 7 electric SUV in China this year. “Developed on GM’s global electric vehicle platform, the VELITE 7 compact SUV will offer an electric range of up to 500 kilometers under New European Driving Cycle (NEDC) conditions on a full charge. …

3. Mullen Technologies just merged with Net Element “in a stock-for-stock reverse merger in which Mullen’s stockholders will receive the majority of the outstanding stock in the post-merger Company.” Mullen plans to launch the Dragonfly K50 in the first half of 2021, next year, and also hopes to bring the MX-05 SUV to production by the end of next year.

“We believe the timing of this merger is ideal for Mullen Technologies,” said Mr. Michery. “It comes on the preparation of our launch of the Dragonfly K50, which will be available in Q2 of 2021 and through our retail network in California and Arizona and the development of a new EV model, the MX-05 Sport Utility Vehicle, that we expect the start of production next year.  In addition, becoming public at this time should allow us to accelerate the development of our unique battery technology which is non-flammable, puncture proof, capable of maintaining full capabilities after 500,000 cycles, and is synthetic, requiring no mining of natural resources. We look forward to working with the Net Element team to complete the merger as quickly as possible.”

Mullen has 8 retail locations where it can sell cars in California and one location in Arizona.

“According to Mullen, Mullen expects to be entering the market with a Sport Utility Vehicle (SUV) using an established and proven product, manufacturing and advanced technologies, and to be produced in the United States.  According to Mullen, Mullen has created a different business model to enter the EV market with core tenants that include: fast-to-market, highly efficient, ready and proven initial vehicle leveraging an existing vehicle produced internationally and designed to U.S. market needs (development reduced from 4 years to 17 months), and complemented with a portfolio of competitively priced vehicles (three platforms) in the fast-growing Electric SUV segment. According to Mullen, the first SUV Mullen expects to introduce will be the MX-05, a mid-size luxury SUV that will be featured as a battery electric vehicle.

“According to Mullen, due to launch in Q3-Q4 of 2021, the MX-05 represents Mullen Automotive’s entry into the full-electric and range extender, luxury SUV market. The MX-05 is expected to fit the Mid-Size SUV segment. Mullen projects for pre-launch to have several hundred units produced in 2021 and kickoff into full production in 2022.”

4. Volkswagen is letting people who visit the Volkswagen’s Transparent Factory in Dresden follow along on the e-Golf’s production line a bit. This has been called “the Mach-Mit production experience.” Also, the can help with the production at 5 stations! The whole thing lasts 2½ hours. I’ve seen some Tesla fans make fun of this, but seriously — if Tesla let you do this, Tesla fans would be thrilled (and would likely talk about how special Tesla is to do such a thing). The one thing I think is not particularly cool about it is that it costs €215. Tesla offers a factory tour that is free. But, hey, a company’s got to pay the bills, slowing down the production line costs money, and the transition from fossil fuel vehicles to electric vehicles isn’t cheap — especially if it happens quickly.

One of the things they can do is attach the e-Golf logo to the car. “Further experience points include the connection of the powertrain and body (“marriage”), the installation of the tail lights on the tailgate and the fitting of the radiator and radiator grille front with the brand logo. It is planned to offer the experience package from 2021 on also for the ID.302, which will then be produced in Dresden.”

I think this is very cool, especially since it is focused on VW’s electric vehicles. You can book a Mach-Mit production experience at www.glaesernemanufaktur.de — with hours for it being 9:30–11:00 am and 4:00–6:30 pm.

5. Volkswagen is rolling out the Arteon as a fastback and as a shooting brake, and it is including a plug-in hybrid version as an option. I wasn’t sure about including this here, since it’s a plug-in hybrid (not our favorite), but here it is. (Images above courtesy Volkswagen.)

6. Rivian is apparently moving more of its workforce to California. “According to the Autoline report, Rivian CEO RJ Scaringe wants all of the company’s tech people in one place; they’re currently split between Michigan, San Jose, and Irvine. While the R1T and R1S were developed in Michigan, future product development will be done in California.” The workers will be moving from Plymouth, Michigan, while other workers in Plymouth move to Normal, Illinois for production work.

7. The Audi e-tron won a 2020 “Wards 10 Best Interiors” award — because Wards likes its interior. I drive a Tesla Model 3 and absolutely love the minimalist design and touchscreen, so I won’t comment on this, but here’s more from Audi on what the e-tron’s interior includes: